We are going to implement a trace-driven multicore cache simulator supporting both snooping and directory based cache coherence protocols. We further want to perform workload analysis for program with different access patterns, locality, sharing, and the effect of different interconnect topologies on cache performance.

We studied multiple cache coherence protocols during the lectures such as MSI, MESI, and MOESI. We also studied a couple of different implementation styles namely snooping-based and directory-based. We are curious about the practical implications and their effect on the performance of a multi-core cache system.

We’re excited about studying the effect of different sizes of a cache line and replacement policies, on the performance of the multi-core cache system. 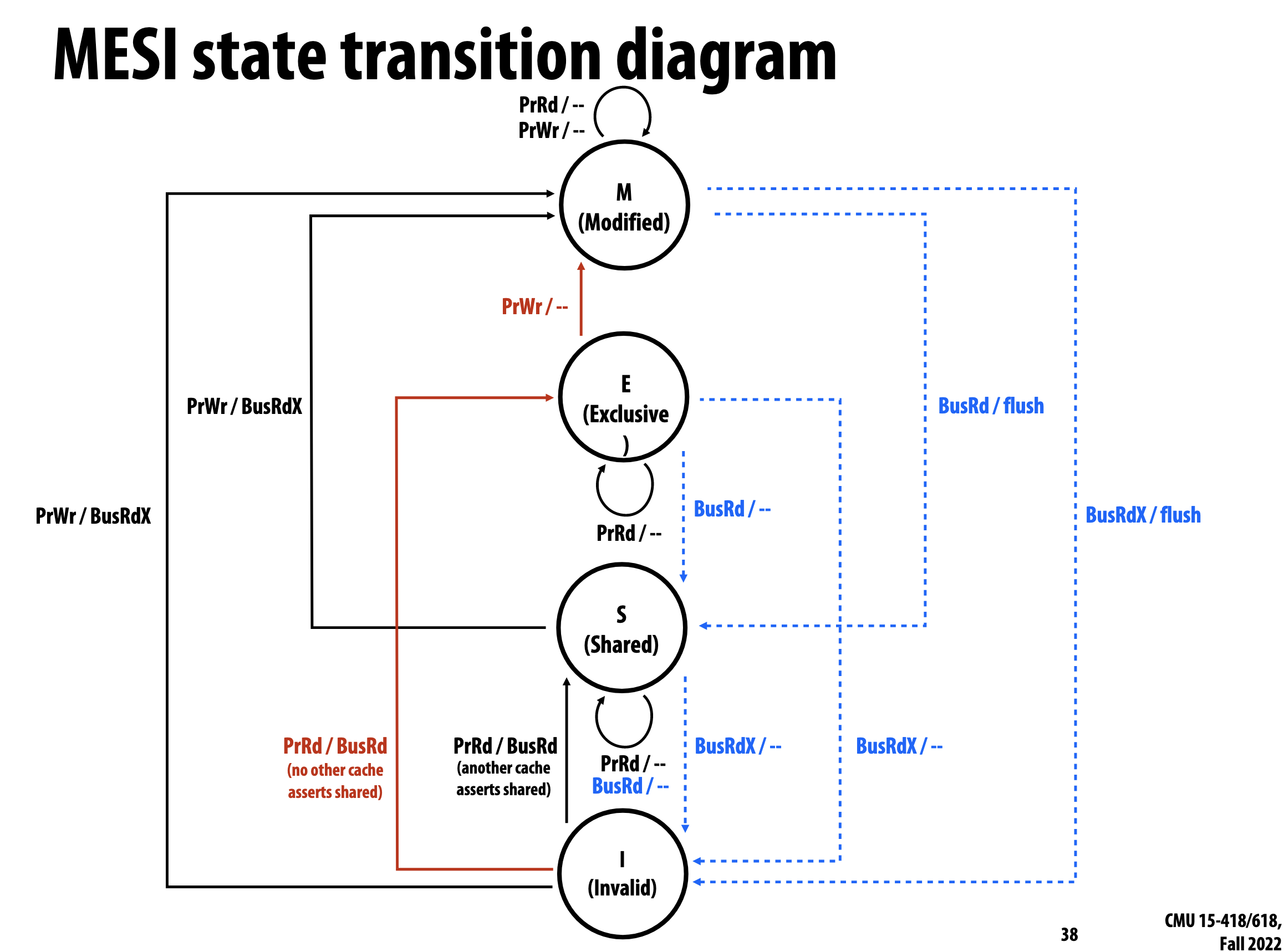 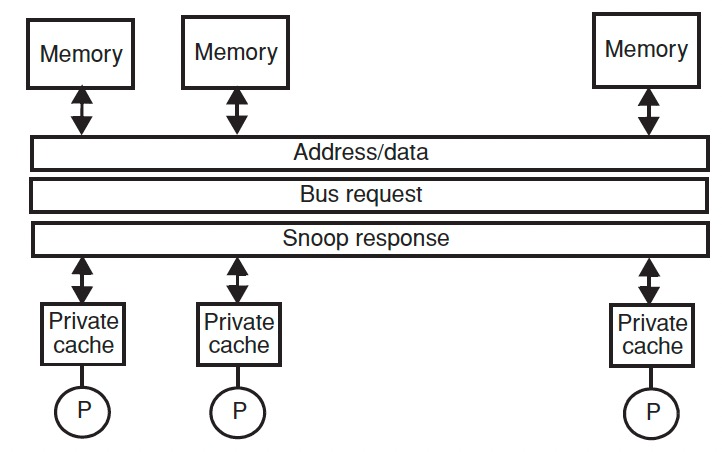 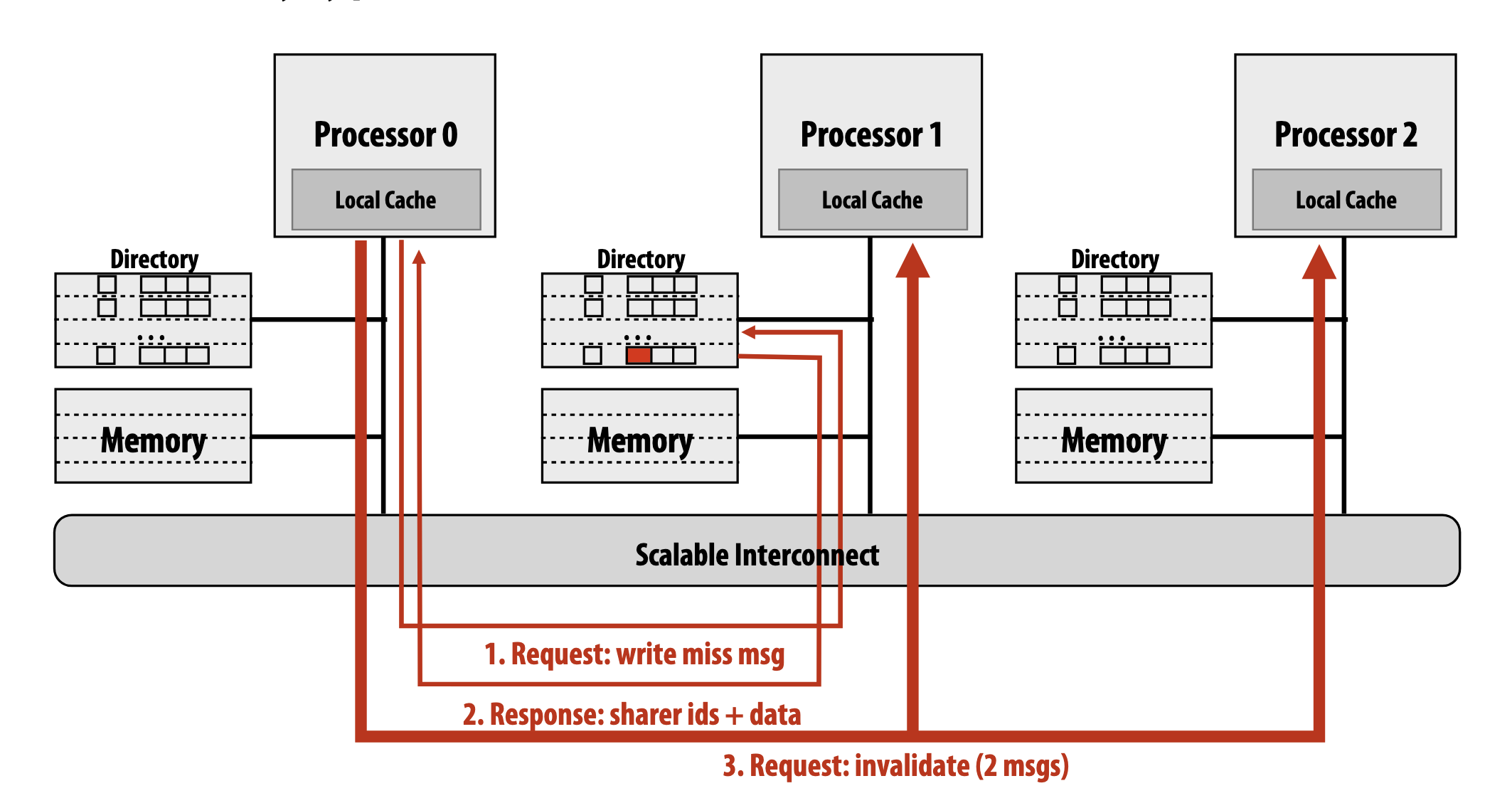 We aim to analyze and gather a concrete understanding of programs with different memory access patterns, sharing and locality with concrete numbers and statistics in order to answer the following questions -

We aim to have an interactive demo showing the capabilities of our simulator. We plan to present insights such as reporting the following statistics -

As we began the development process, we made the following assumptions for our multi-core cache coherence simulator:

As part of this project we plan to remove assumption 1 by enhancing the cache implementation to incorporate non-blocking semantics.

We’ve been working diligently to keep to the schedule. So far we’ve completed the following portions:

Below is the updated schedule for the coming 2 weeks in half-week granularity (between milestone and project deadline).

We have been sticking farily well to the planned schedule and targeted development goals. We already have a working multi-core cache coherency simulator with the following features:

In the upcoming weeks we plan to enhance the implementation to inocporate non-blocking cache semnantics after discussing it and taking feedback from Professor Skarlatos. Post that we would carry out performance studies using our simulator to gather insight into the behaviour of shared memory parallel programs with different communication patterns and plan to reproduce what we learned in class regarding artifactual communication with actual data and statistics collected using our simulator (XTSim).

Since our poster session is on December 9th, leaving us with less than 10 days, we are skeptical of achieving our 125% goal but will try our best to keep in line with original GOALs and deliverables.

We aim to present our deliverables in terms of graphs

We primarily have the following tasks remaining

We are majorly concerned with the remaining time we have since we’re doing an early poster session. We are confident of achieving the 100% goal but are not completely sure of completing the 125% goal of enhancing the implementation to incorporate directory based coherency protocol.